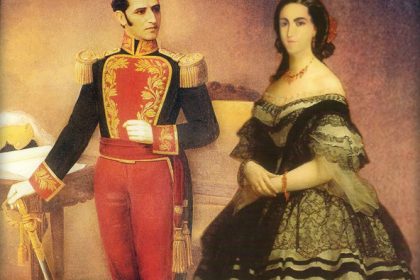 Our enchanting hacienda is full of character and life. Dressed with a rich history, PapaGayo continues to carry the same charm as when its fascinating story began. When people visit our hacienda, they often inquire about the history of Hostería PapaGayo, and our staff are always happy to recount the story. Given the quantity of inquiries into the story behind PapaGayo, we decided to share it with you on our blog.

Hostería PapaGayo, which opened its doors on March 27, 2002, has been a silent witness to countless events since it welcomed the families of the great liberators of South America, Antonio José de Sucre and Simón Bolívar. It was in this space, where Hostería PapaGayo is located today, that the beginning of the combat began that led to the freedom of millions of people on the South American continent. Until 1829, Hostería PapaGayo, as we know it today, belonged to Marquise of Solanda and Villarocha Mariana Carcelén, who was the wife of the great marshal of Ayacucho, Antonio José de Sucre. In the same year of 1829, their family celebrated Easter at the hacienda.

Mariana was an Ecuadorian aristocrat that met Antonio José de Sucre on May 24, 1822 in the city of Quito immediately after the Battle of Pichincha. Mariana and her family sought refuge in the Santo Domingo Church during the battle. When they heard troops celebrating after the conclusion of the battle, they exited the church to find a procession of soldiers. Mariana, who was not yet 17 years old, was considered very beautiful with her fair skin and long black hair. Upon seeing Mariana, Sucre jumped off his horse, introduced himself to her and her family, and told them that it was safe to return home.

Shortly before dying, Mariana’s father, the Marques, visited Sucre to offer his daughter’s hand in marriage. Sucre accepted although he continued to serve in the military for the next five years. Sucre was in love with Mariana, but it appears that Mariana never truly loved Sucre. During his prolonged absence during the war, Mariana and Sucre remained in touch through letter writing. They married in 1828, while Sucre was president of Bolivia. Mariana then became the First Lady of Bolivia, holding this position for 8 days since Sucre resigned shortly after.

Sucre decided to give up his military and political life and commit himself to raising a family. He returned to Quito, where he and Mariana moved into her family’s mansion. Ten months later, Mariana gave birth to a baby girl. In 1829, Sucre was commanded to travel to Bogota to prevent the collapse of Gran Colombia. On his way back to Quito in 1830, he was assassinated. Mariana was only 24 years old when he died, and she was in great distress following his death. 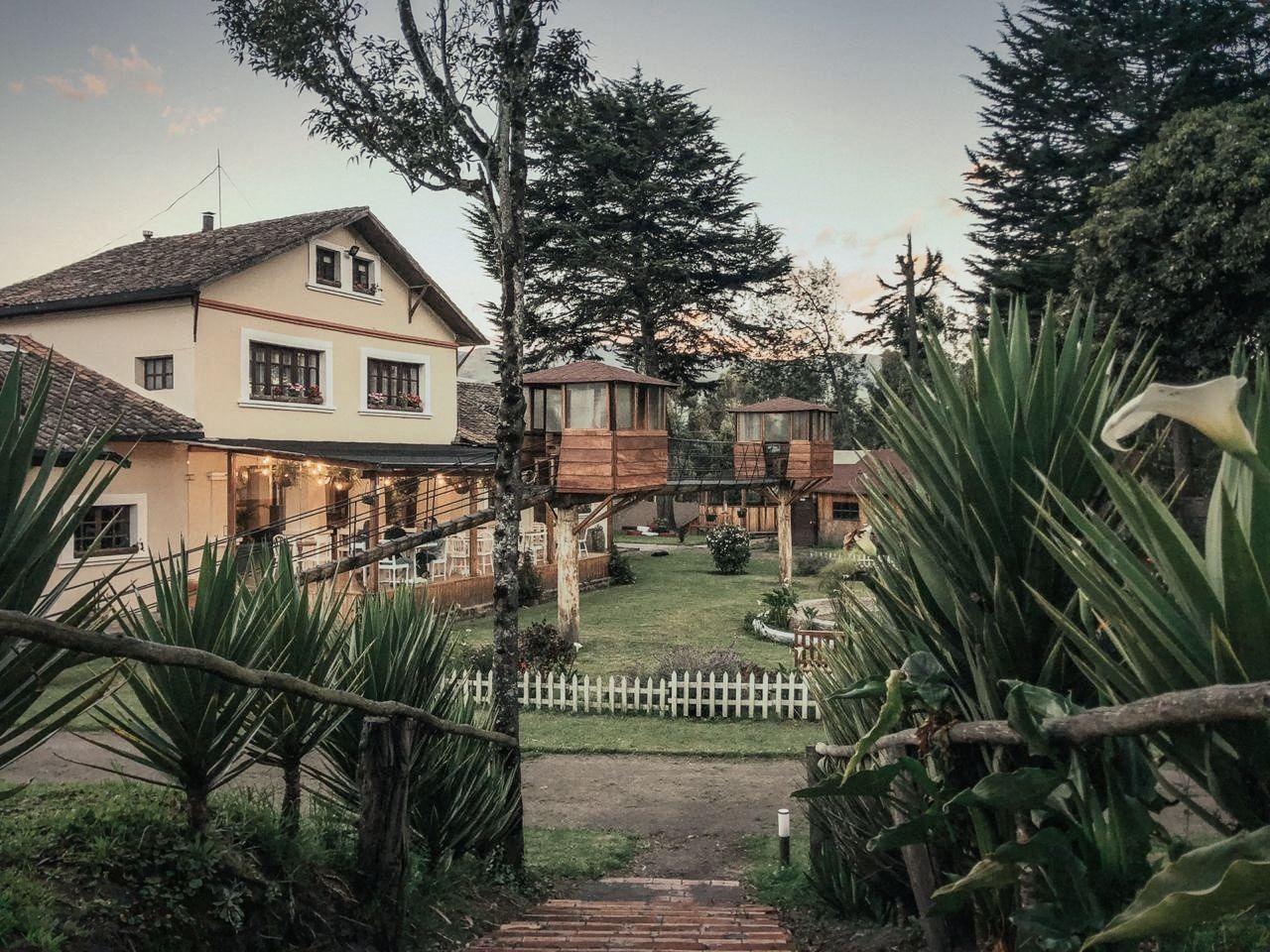 In 1933, Don Miguel Angel Benalcazar, great-grandson of “The Great Liberator” Simon Bolivar, bought part of the land containing Mariana’s hacienda. We are not certain of the hacienda’s story between the time that the Marquise and Sucre spent time in the hacienda to when Benalcazar bought the land. What we do know is that Simon Bolivar had a son, Miguel. Because Simon Bolivar was such a target among many enemies, he adopted the last name Camacho for his son in order to protect him. Miguel Camacho´s family later changed their last name yet again to Benalcazar. Miguel Camacho grandson, Miguel Angel Benalcazar, is the one who bought the land containing the hacienda and named it “Hacienda Bolivia”.

Marisol Benalcazar inherited the hacienda in 1997 and decided to sell it after 5 years. In 2001, Eran Hayoun arrived to Ecuador from Israel at the age of 26 with the dream of establishing his own true business in the western Sierra. He was searching for a hacienda, and after six months of searching, he found Hacienda Bolivia. He began working to convert the hacienda into a hotel. On March 27, 2002, Eran opened “Hostería PapaGayo” for those who want to enjoy nature. Today, PapaGayo offers multiple programs for your entertainment, such as mountain climbing programs, horseback riding, yoga, family activities and much more.

The history of Hostería PapaGayo has carried tremendous events for nearly 200 years, starting with the great Marquise of Solanda and Villarocha.

Although the Marquise’s time with the hacienda ended after Sucre’s death, we were intrigued about the details of her life after his death. Her fascinating life was certainly one of hardship. After Sucre’s death, she remarried thirteen months later to Colombian General Isidoro Barriga, who fought alongside Sucre in Peru. Her decision to remarry at this time was controversial, as widows were expected to wait 5 years before remarrying. Mariana has been cited with saying, “They married me with Sucre; I married Barriga,” hinting at her true love for Barriga that was lacking in her first marriage. Barriga behaved like a gentleman during their courtship but revealed his true colors as a frequent partygoer, card player, and womanizer once they were married.

Several months after their marriage, Barriga was playing with Mariana’s daughter, when the small child fell, hit her head, and died. She was two years old. There was some speculation that the death was intentional, although historians conclude that the death was an accident. In 1832, Mariana gave birth to a son, her only child with Barriga. Barriga died in 1850.

One year later, Mariana married a third time to a lawyer. They had one child together, who died shortly after birth likely due to complications related to Mariana’s age at 46 years old. Mariana’s only surviving child was from her marriage with Barriga. He married the daughter of the general who was believed to have killed Sucre. Mariana was distressed by her son’s decision to marry the daughter of her first husband’s murderer, and her relationship with her son suffered.

Mariana died at the age of 56 due to an infection. It was noted that she was very beautiful up until death.  She was widely known for her generous charity to the poor, and the city of Quito mourned her death. She was celebrated for not having an ostentatious life.

Mariana was known for crying constantly. We believe this is with good reason, as she had a hard life. Her parents obliged her into a loveless marriage, she had a bad marriage with her second husband, her daughter died tragically, she was widowed twice, and her son’s marriage led her to despair.

Visit PapaGayo today and be immersed in our historical hacienda as well as the pure nature that surrounds it. Located among the spectacular Avenue of Volcanoes, PapaGayo offers you both adventure and relaxation. PapaGayo is also located close to quaint indigenous villages, allowing you the chance to share with local Andean communities. Sitting at a height of 3,200 m (10,500 ft), it’s the perfect homebase if you are acclimatizing and preparing to hike the nearby mountains. You can experience all of this plus much more on the very grounds where Mariana Carcelén and Antonio José de Sucre once walked. 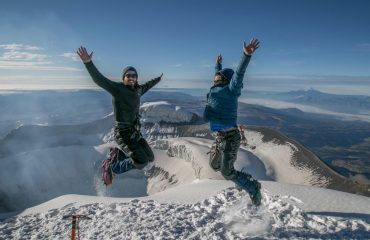 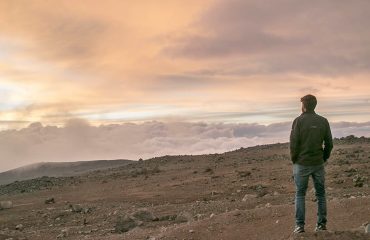 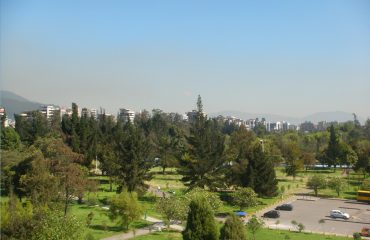 The Weather in Quito Ecuador 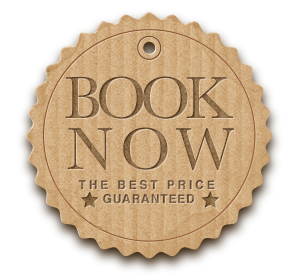